The Quietus - A new rock music and pop culture website

Rubber Rings: Johnny Marr's 13 Favourite Albums
John Freeman , June 16th, 2015 10:33
As he embarks on a world tour, Johnny Marr talks to John Freeman about how his 13 favourite albums have provided career-spanning inspiration for everything from The Smiths to his latest solo record, Playland 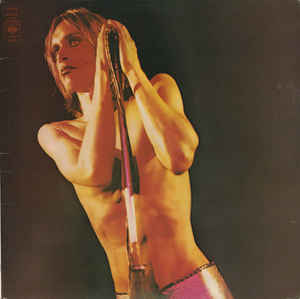 1. The Stooges - Raw Power
When you inevitably are asked about your favourite record, you can scratch your head and go through a list, because your taste changes from year-to-year or through different periods of your life. However, I have always been able to say that Raw Power is my favourite from the moment I first heard it, and I don't think it has been equalled since.
A couple of friends recommended it to me. At the age of 14, I was starting to play guitar in a certain way and the name [of Stooges' guitarist] James Williamson kept cropping up. A couple of guys I knew assumed I had been listening to Raw Power because of the way I was playing riffs. So I thought I had better investigate. I knew all about Iggy and The Stooges but I wasn't aware of Raw Power.
I got the album in about 1976. I had heard so much about it that eventually I want into town to buy it and I picked up a copy for about three quid, which was all I had. The cover alone made me want to buy the record, and, when I heard it, I realised why my mates had been saying what they had. In particular, the song 'Gimme Danger' started off with a riff that was very much like one I was playing with the band I was in at the time.
As a guitarist, James Williamson's playing struck me as having the technique of Jimmy Page but with the irreverence and attitude of Keith Richards. I have since become friends with James and have talked to him about what he was doing back then. He knew exactly what he was doing and it was very deliberate, which is always quite impressive.
There is a lot more I could say about Raw Power. It gave me a path to follow as a guitar player. It was an opening into a world of rock & roll, sleaze, sexuality, drugs, violence and danger. That's a hard combination to beat.

2. T. Rex - The Slider
I always say that T. Rex were my band when I was a kid. What I mean by that is so much of my identity was about being a T. Rex fan. A bit like choosing your colours as to which football team you would support, when I was nine or ten I found T. Rex. I was obsessed with Bolan. At that point, coincidentally, they were about to hit their stride as a commercial and artistic force. They had released Electric Warrior and they were on the precipice of being the most important band around.
The Slider came out and it had 'Metal Guru' on it. It was a song that changed my life as I had never heard anything so beautiful and so strange, but yet so catchy. 'Telegram Sam' was also on that album and the whole thing was unusually spooky and had a weird atmosphere, considering it was a number one record and they were essentially a teenybop band. It's another one of those records that what you get on the cover is what you get inside.
I was a teenybopper at the time. I was ten, eleven, buying lots of records and loving the pop music I heard on the radio. I consider myself very lucky that what was on the radio at the time and the music being made for very young children happened to have some substance to it. T. Rex was pure pop, but it was coming from someone who had had a go at being a hippy and being a mod.
The album was very much of its time, and had a sexuality to it that I didn't understand at that age. There is an aspect of the sound that Tony Visconti must have had a large part in, and Flo [Mark Volman] and Eddie [Howard Kaylan] from The Turtles on backing vocals added this odd, druggy spook to the whole thing.

3. The Rolling Stones - Out Of Our Heads
It is the British version of the album I am talking about [the US release would include '(I Can't Get No) Satisfaction'] and mostly because of the cover, which I think is probably my favourite ever picture of The Stones. If we are on that subject, it says quite a lot about Mick Jagger as a frontman that he was secure enough to be only third from the front on the cover of the early records. When you look at Out Of Our Heads it looks like Brian Jones' or Keith Richards' group. Mick is just peering in from the side. That's how cool Jagger was - most singers are always pushing people out of the way so they can be at the front.
Out Of Our Heads is often entirely overlooked within The Stones' catalogue. I love it because before that, on the previous albums, they were attempting to recreate the music of their heroes in an almost academic manner, with only a certain amount of success. What gave those early records credibility was that they were aficionados and experts and that was something, besides The Beatles, which was exciting to British kids.
However, they hadn't really put their own mark on their music. Out Of Our Heads moved away from blues into what then was called rhythm and blues. They were much better at appropriating that style, than they were pure blues music. There are more chords, less rootsy themes and [the songs are] more about 'finding a girl and losing a girl' and so Jagger is more believable on that album. Overall, musically, the songs just suited their style better.
Out Of Our Heads is a band just about to hit their stride and about to turn into their own songwriting machine. There is almost no other record like it. I think you could argue that if you want to really discover what The Velvet Underground were inspired by, it is probably Out Of Our Heads. Not just in terms of how the band look, but the evidence is there in the version of Marvin Gaye's 'Hitch Hike', which obviously the Velvets chopped on 'There She Goes Again' - and I used on 'There Is A Light That Never Goes Out'.
There was a point where I was into The Stones more than any other band on the planet. I found out everything there was to find out about them - about the band, about Andrew Oldham and how they made their records. That investigation was really good for me. When I formed The Smiths, they were probably the biggest influence in terms of the politics and the blueprint for a band, including the dynamic between the guitarist and the singer. When I was trying to get The Smiths together, I took the behaviour of Andrew Oldham and Brian Jones in their resourcefulness, desperation and ingenuity as the MO of The Stones as a working unit, as a source of inspiration - which was a pretty unusual thing to do in 1982.
« Music For A Chameleon: Gary Numan&#039;… フルサイズvs.ハーフサイズ鰻丼 »
プロフィール