The Quietus - A new rock music and pop culture website 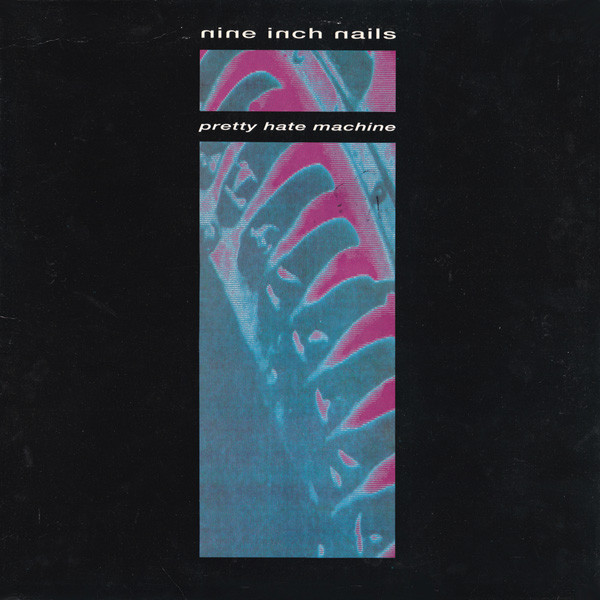 1. Nine Inch Nails - Pretty Hate Machine
If I had to choose between Pretty Hate Machine, The Downward Spiral and The Fragile then I'd go for Pretty Hate Machine but they're all amazing albums, to be honest. I first met Trent Reznor when he was making The Fragile and that album has quite a cool memory for me. When I look at the track listing on Pretty Hate Machine and every track is pretty groundbreaking. And it's the best album I think I've ever heard.
I first heard way after it first came out. I was quite late getting into Nine Inch Nails and it was through my wife, really. I first starting seeing my wife and one day in our house early on in our relationship she was playing some stuff upstairs and I went up there and said, 'What's this?' and she said, 'It's Nine Inch Nails.' And I realised that I'd heard bits of it before so I was more familiar with it than I actually thought I was but I didn't know it well. 'Head Like A Hole' is what she was playing and to this day I think it's one of the best choruses ever written.
It was kind of an eye-opener, really. You suddenly realise that you get this credit for starting this whole electronic thing - or being around at the beginning, at least - and then you realise that someone has taken that spark of an idea and turned it into something far more ferocious and far more adventurous than when you did it. And it makes you feel like a bit of a shit and you need to get off your high horse and start working again. For me, it was a real shake-up because someone had taken this so much further than I'd ever had. It was fantastic for me because it was a real door opener. It gave me a kick up the arse and made me get back on it, really.

2. The Sisters of Mercy - Floodland
Again, my wife is totally to blame for this! She went to see Depeche Mode at Crystal Palace and The Sisters of Mercy were supporting. She'd bought me a ticket and for some reason, because I was doing the gardening or something boring, I decided not to go and I've regretted it ever since. She came back and she was raving about it so the next time The Sisters of Mercy played - I think it was at the NEC in Birmingham - I didn't want to miss out so I went to it. I had met them before when I did Top Of The Pops and 'This Corrosion' had come out and they were doing that and I was doing some shit from my middle years and I thought they were amazing.
It was a real eye-opener. I was doing some horrible fucking shit and watching them doing that made me think, 'Oh Christ! I should be doing something like that!' My career is littered with me hearing people doing things and thinking that's what I should be doing. You need a kick up the arse every now and then and that was another one.
So I saw that gig and came back a massive fan. I loved every song they did and they sounded huge and powerful. I played Floodland and heard 'This Corrosion' and said, 'I remember that!' I've always loved that song. That was it, really.

3. Be Bop Deluxe - Sunburst Finish
At the time, me and some of my friends from school really liked the name of the band. We went to see them and apart from 'Sister Seagull' I don't think I'd heard any of their songs at all but we liked the name of the band which is a strange reason to go to a gig. I think it was at the Theatre Royal Drury Lane so went to the gig and I was on one of the balconies and they came on, almost completely unknown to me, and I loved every single song they played. I loved it and I came away from there a huge fan. I went out and bought all their albums – I think they had three at that point.
A few years later I got Be Bop Deluxe's Bill Nelson to produce an album of mine called Warriors. It was a real honour for me but unfortunately we didn't actually get on. I don't think I was quite the right kind of person for him given the way he sees the world. The differences were down to attitude. He's amazingly creative but he's very kind of ethereal, if that's the right word. He thinks that inspiration comes from the cosmos, I think he said, which for me is a little bit airy-fairy. He said, 'Why do you want to be in a band?' and I said, 'Because I want to get off with loads of girls' and I'm afraid that I didn't have an artful and creative reason. I've changed a bit over the years and sort of grown into the artful side but it's never really been my big reason and it's all of his reason. I think it's fantastic there are people like that but unfortunately I'm not!
When I was younger I really wanted to make a point but I wasn't like him and I guess I kind of played up to it and so we didn't get on brilliantly. But I remain a huge fan and I think he's the best guitar player ever, an absolute genius. To be in the studio with him and just watching him play and watching what he did and it was an honour to be privy to genius. I really regret that we didn't get on but I like to think that we would do now. I'm certainly not as much of an arse as I used to be then! I've mellowed with age.
« 過去記事保存先(引っ越し先？)のお報せ Rubber Rings: Johnny Marr&#039;s 13 Fav… »
プロフィール